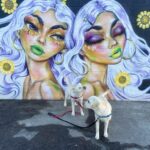 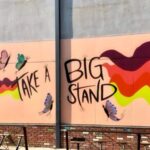 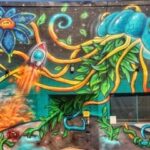 Denver, the Mile High City is capital of Colorado and the unofficial capital of the Rocky Mountain West. It is a vibrant metropolis with 300 days of sunny skies annually and a youthful, happy feel. Maybe that’s because Colorado is considered the healthiest state in the nation.

Denver got its start as a humble gold-mining camp as part of the Pikes Peak gold rush. The city was named after Kansas Territorial Governor James Denver, in an attempt to curry favor with him. When Colorado officially became a state in 1876, Denver was named its capital.

The city’s moniker comes from it’s official height, 5,280 feet above sea level. It’s also the exact height of the Capitol building’s west steps, from which visitors have an expansive view of the oft-snow-capped Rockies.

Denver’s downtown district reveals a city that’s looking to the future. It’s a clean and lovely business district with modern skyscrapers entwined with yesteryear buildings that stay true to the city’s heritage as the western gold-mining camp it once was.

Explore downtown via the walkable 16th Street Mall and explore the mile-long shopping district with local stores and some of your favorites. Or hop on the 16th Street Mall shuttle for free and be whisked to your destination, it stops on every block.

Don’t forget to walk around and explore! Denver has the largest park system of any metropolis in the country, with more than 250 parks in the city and more than 14,000 acres of mountain parks and 1,700 acres of natural and open space areas in the nearby mountains. The city is constantly acquiring more land and improving the parks to increase recreational opportunities for its residents.

While Colorado might be healthy don’t mistake it for a city that doesn’t like to have fun! Among the many events at hosted at the Denver Convention Center is the annual Great American Beer Festival, where thousands of brewers, from the largest to the smallest, converge every fall to taste, test and toast, the nation’s finest beers.

Or check out locally crafted beers and ales on a front range brewery tour. There are several local breweries and brewpubs within the city limits and even more along the Front Range.

Of course you can always check out some big-league sports in Denver. Whether hockey’s your game (Colorado Avalanche), football (Denver Broncos), baseball (Colorado Rockies), basketball (Denver Nuggets) or soccer (Colorado Rapids), Denver’s got you covered. And the stadiums are all conveniently located near the heart of the city.

Basically, no matter what you want to do, there’s a lot of it in and around Denver. From shopping to hiking, to biking and more, you can find it in the Mile High City.

This site uses Akismet to reduce spam. Learn how your comment data is processed.